The Pyramid Lake Paiute Tribe was awarded funds from the 2019 Recycling Grant which allowed the Tribe to purchase their truck in April 2019, resulting in a significant increase in their recycling program.  On May 31st the Natural Resources Department challenged other Tribal departments to Adopt a Beach to clean at Pyramid Lake after the Memorial Day weekend. 14 departments participated and 35 employees volunteered to adopt and clean seven beaches.  Over 672 lbs. of trash was collected, and 53 pounds of plastic was recycled. After the Adopt a Beach cleanup success, the Natural Resources Department held an Electronic Recycling event on July 25th. The new recycling truck was filled with 12 laptops, 8 computer towers, 17 Computer screens, 4 televisions, 5 printers, 3 projectors, 11 computer battery back-up and some unknown equipment from the Fisheries Department.  The materials were recycled at NV Recycling in Carson City.

In addition to their successful recycling events, the community drop off bins have had great success.  2,076 pounds of recyclable materials were collected from eight community drop off bins from September 2018 to through August 2019.  Of the four months of utilizing the recycle truck, they were able to collect and transport nearly 20% more material than before!  The addition of the recycling truck has also allowed more cardboard to be transported to Reno since the cardboard was able to keep dry during transportation. 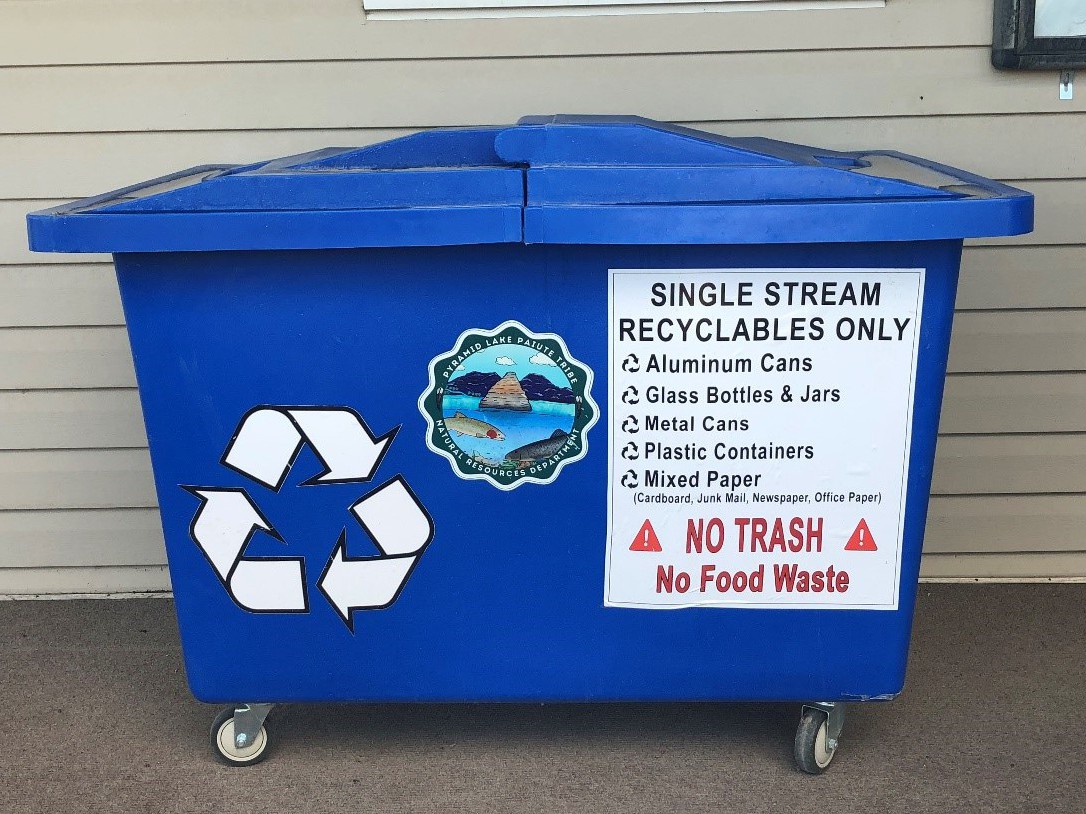